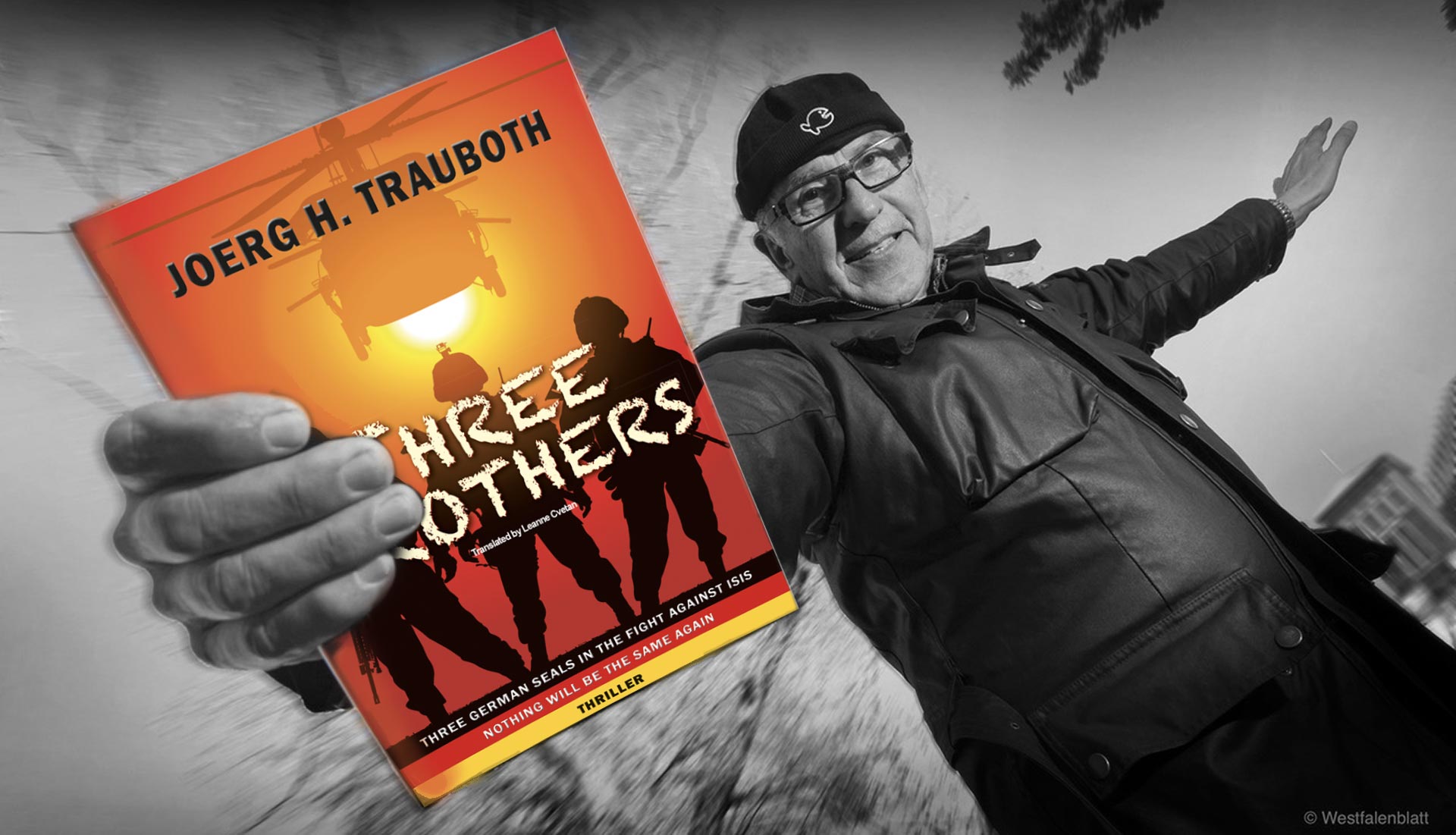 A summary of the Three Brothers:

Marc Anderson and his two commando brothers Thomas and Tim are highly respected elite soldiers in the secretive German Commando Special Forces, the KSK. Together with the American Navy Seals, they successfully rescue the crew of a downed American F-15 tactical fighter jet in the Hindu Kusch Mountains under a barrage of heavy fire from the Taliban. However, their next mission – in Northern Iraq – to save two German hostages taken captive by the Islamic State, also known as ISIS, ends in disaster for the three brothers in arms. The perfectly laid-out strategy of Operation Eagle is betrayed, causes Marc, Thomas, and Tim to narrowly escape death. The German Federal Criminal Police Office (BKA) starts the hunt for the informant.. Read the full chapter 1 here …

Joerg H. Trauboth has written more than just an exhilarating novel. Three Brothers unites the current omnipresent threat of terrorism with the author’s first-hand experience as a crisis manager and a military and terrorism expert. The result is an unrivaled political thriller. In this gripping novel, Trauboth foretells possible scenarios for our society in light of the rise of radical Islamic terrorism. Three Brothers is the English translation of the successful German thriller Drei Brüder (ratio-books), highly appreciated by thousands of readers, as well as military organizations and government officials alike. Jörg H. Trauboth’s storytelling skills can be compared to those of Brad Thor, Tom Clancy and James Patterson. The German version of the novel will also soon be available as an audio book.

Drei Brüder has been translated into English by (US native) Leanne Cvetan. 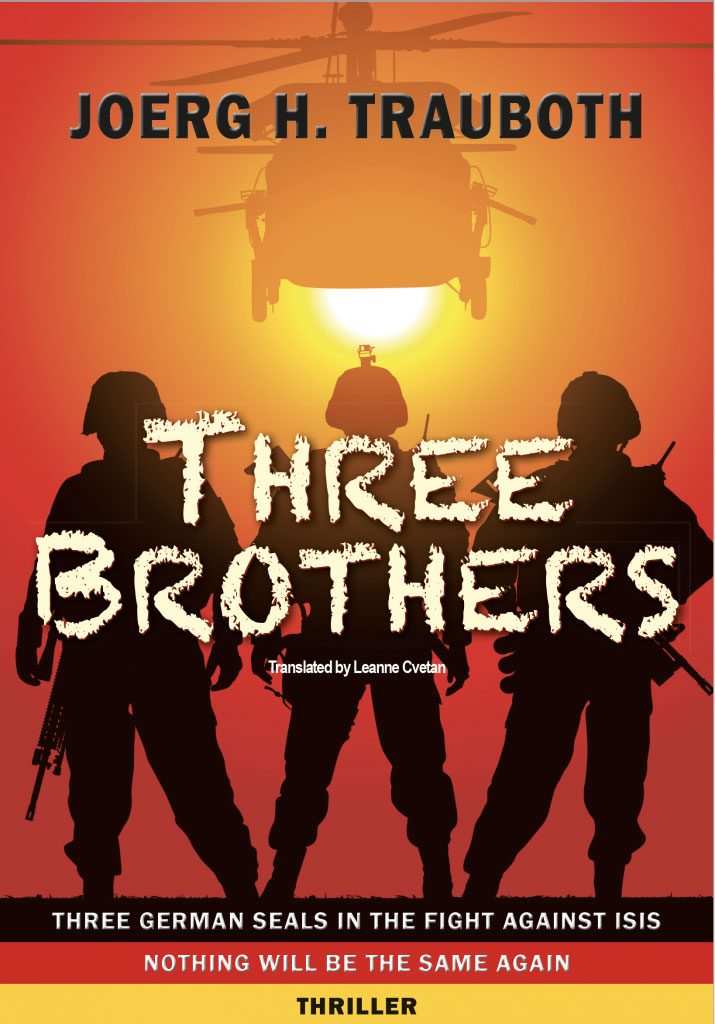 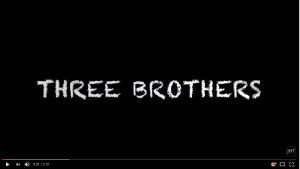 your order for the English version in Germany click here

your order for the English version in the US click here

PUMP UP YOUR BOOKS PRESENTS …

ALL THE INTERVIEWS WITH THE AUTHOR: 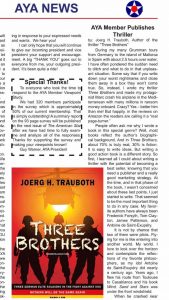 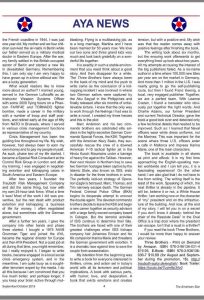 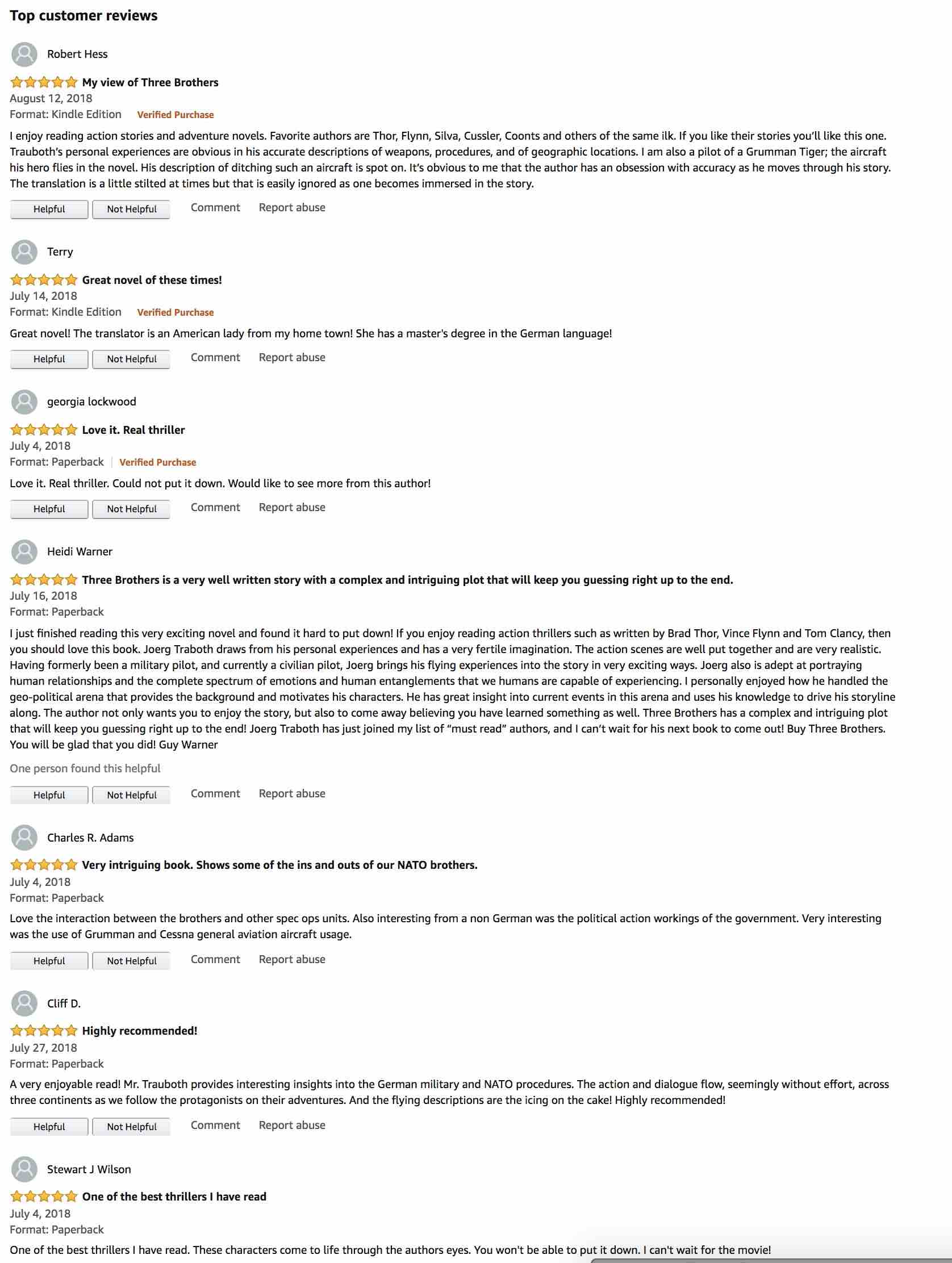 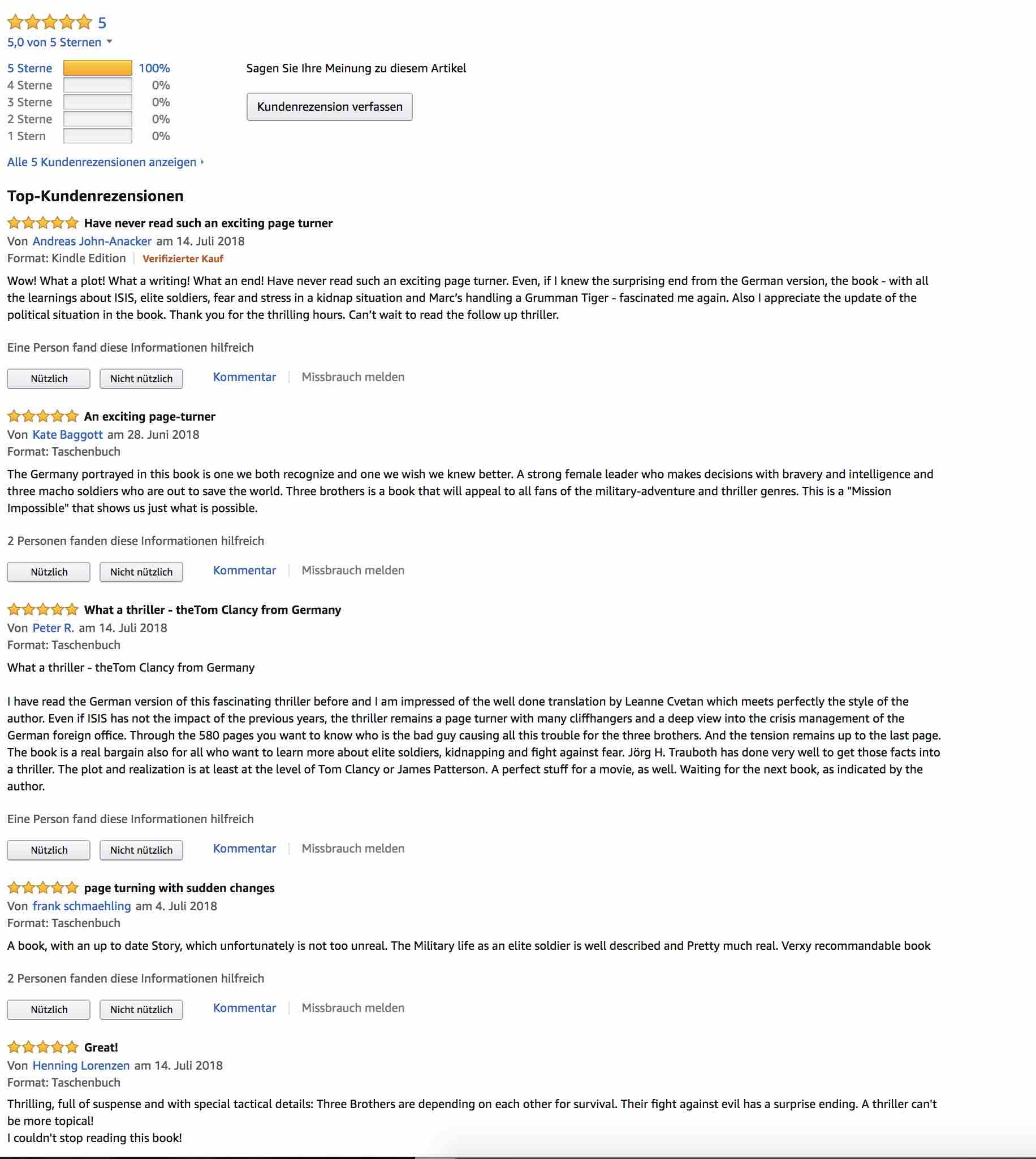 Joerg H. Trauboth (Wikipedia) was born just outside of Berlin in 1943 during an air-raid. He discovered his love for writing early in his career as an officer and was awarded top honors by the General Inspector of the German Bundeswehr. Along the way, he flew over two thousand flight hours as a Weapons Systems Officer and instructor in the Phantom RF4E (in which he survived two critical lightening strikes). After a training in George AFB (CA), Major Joerg H. Trauboth flew the  Phantom F4F  and finally – followed by another conversion training in Cottesmore (UK) –  the Tornado aircrafts. Trauboth became a General Staff Officer in the Military Academy of the German Armed Forces in Hamburg-Blankenese and enrolled as LtCol  in the NATO Defense College in Rome. He has served in the German national operational headquarters as well as in the NATO Headquarters in Brussels as the German representative in the areas of Crisis Management, Operations, and Intelligence.

At the age of fifty, he retired early from his post as a Colonel in the German Air Force to become a Special Risk Consultant at the Control Risk Group in London. He was trained and engaged in negotiating extortion and kidnapping situations in South America and Eastern Europe.

The former Colonel, eager to start making money on his own soon founded the Trauboth Risk Management company. He received a startup award and quickly made a reputation for himself internationally as an top-notch crisis manager in Europe. During his time as CEO, he conceptualized crisis prevention strategies for a number of European companies and employed a 24-hour task force to protect them from product tampering, product recalls, kidnappings, and image crises. He was also a co-founder and the first president of the European Crisis Management Academy in Vienna and wrote a standard reference book on the subject of crisis management for companies at risk of threat.

Today Joerg H. Trauboth is an author, filmmaker with more than 75.000 youtube clicks, and an enthusiastic Grumman Tiger pilot. (See this latest night flight-video here. And if you want to know who his favorite Co-Pilot is, have a look here.)  The crisis manager and active pilot has served as the European Director and President of the US – based international American Yankee Pilots Organization.

His advice on crisis management is continually sought after and he is present as expert in radio and television interviews regarding his opinion on  international crisis situations.

Joerg H. Trauboth has been  53 years married with Martina. They have two sons, three grandchildren, and both live near Bonn, Germany. In addition, Trauboth voluntarily contributes his expertise to the Crisis Invention Team of the German Federal Foreign Office in Bonn and reads from his fiction and non fiction books on readers‘ tours followed by discussions with his readers about the dramatically changing world.